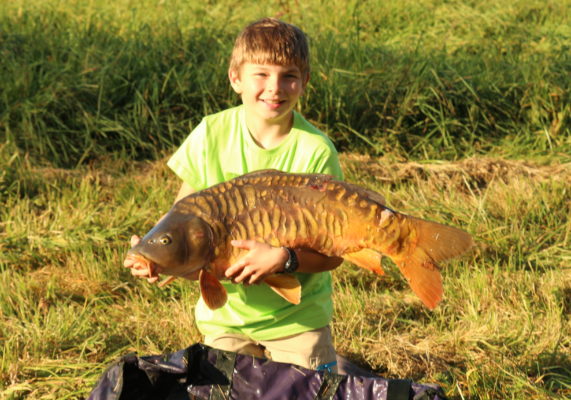 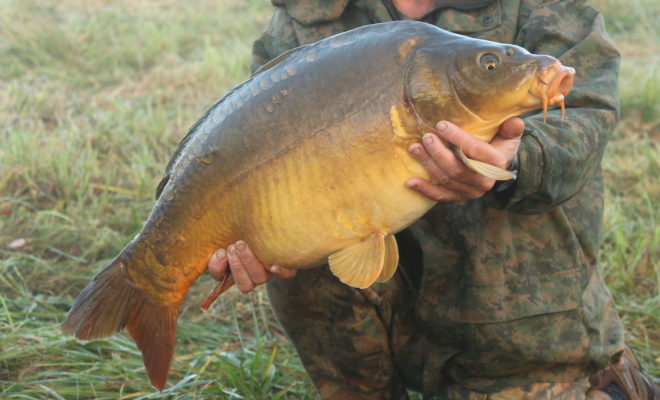 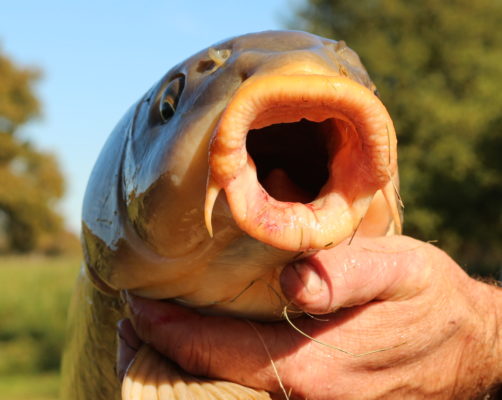 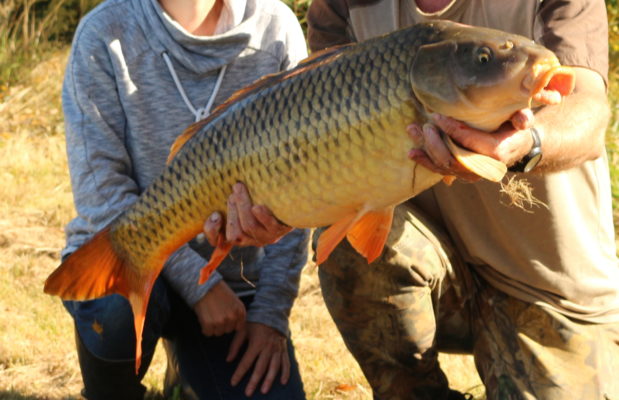 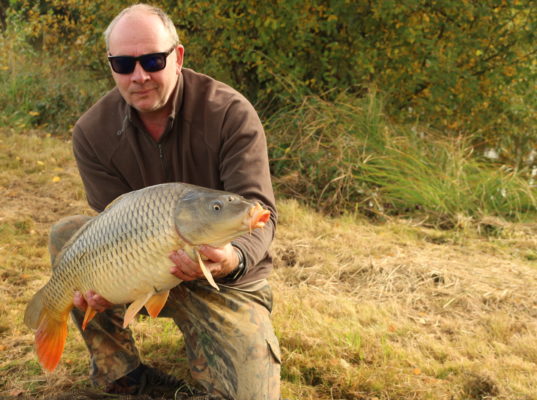 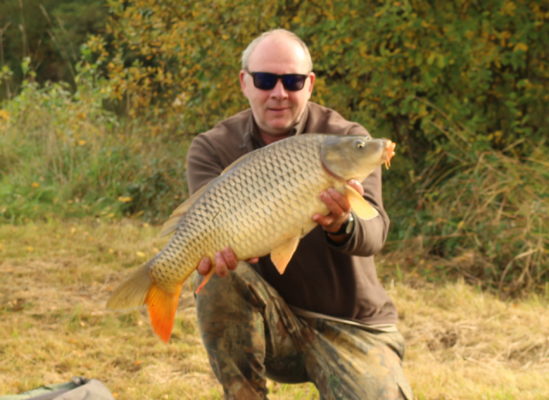 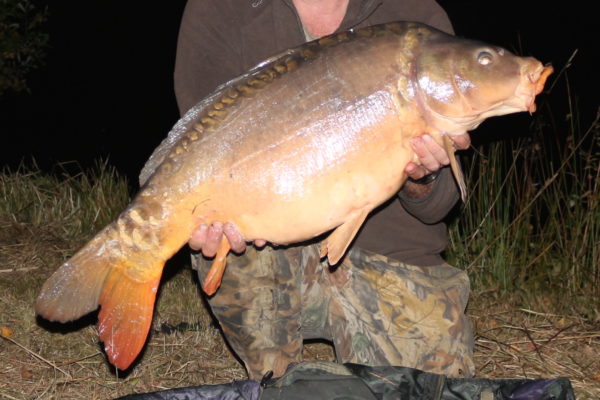 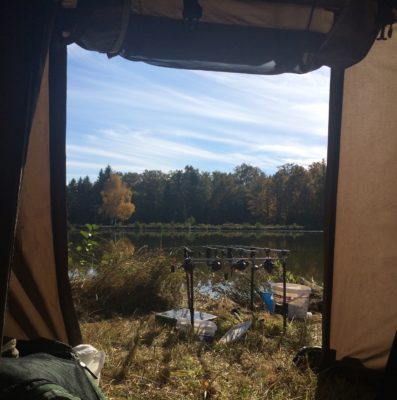 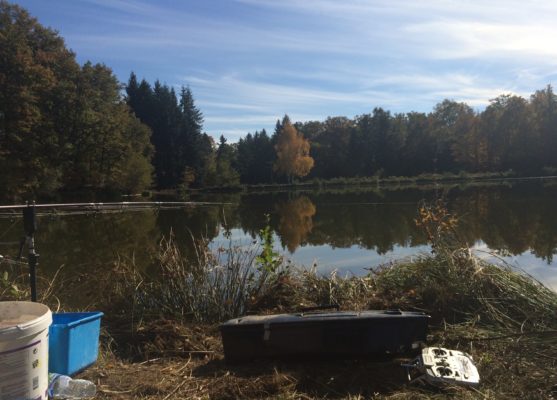 Once upon a time two fishermen went fishing and they caught some big fish. They had fun camping in their bivvies and cooking their food, enjoying the good weather and being occasionally disturbed by the beep beep of the bite indicators.

The photos show four of the six fish caught. I even had to reel one in myself as I was caught over there when they had temporarily abandoned their posts… All carp, a couple of mirrors and a couple of commons weighing from 16-37lbs.